Someone asks: any tips on building up antagonists? I’ve heard of many things. Some people go with that mainstream thing: «no-one gets up in the morning thinking they will do something evil or thinking they are bad guys.» «They have always good reasons to be bad.» You know the type? «Maybe you should even go deep into their background and find out how they have been traumatized by their mother or something.» Don’t get me wrong: these are not particularly bad tips. They’re just a little bit, well… misguided.

Let’s just check a few bad guys, shall we? For instance, think of Spielberg’s JAWS. The antagonist is… a shark. A killing machine. It doesn’t really have a profound reason to be like it is. It just wants food. That’s it. And how about Mr.Smith in THE MATRIX? He’s a machine. He just wants to finish his mission and be free of ‘the smell’ of humans. No immediate Freudian conflict there, is there? No ‘I’m-a-good-guy’ syndrome. Very different from, for instance, Cersei in GAME OF THRONES. Her main motivation is to protect her family and especially her children – and she learned to be tough in order to do that. Or think of Magneto in X-MEN: he is a racist but he seems to have been cornered into that way of thinking – he just wants to survive, to be respected, to be free. Think of Hyman Roth, played by the smooth and wonderful Lee Strasberg in GODFATHER II – he is so subtle and normal, just doing business and looking like a gentle old man. All these antagonists are very different in-depth, subtlety, sophistication, cruelty, and strength – but they are all excellent antagonists. There is no one way to build up antagonists. In fact, the whole Craft of writing is mainly focused on building conflicts between antagonists and protagonists. There is also not one particular way to build up protagonists. If they serve the story, they can be perfect. And antagonists can simply be bad. There are evil people, and also sociopathic and psychopathic people who don’t know the difference between Right and Wrong, Good and Bad. And they don’t need particularly deep motivations to do very cruel things – as we can see throughout History. There are people who are motivated by basic Power, or the freedom to do Harm. There aren’t always ‘good reasons to be bad’. Yet, the story itself needs deeper motivations. 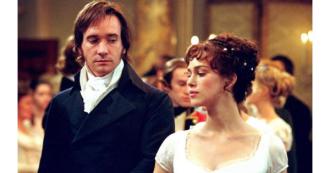 Some narratives don’t develop on the pillars of conflict. Virginia Woolf’s KEW GARDENS, for instance, which I find an excellent short-story, does not live on conflict. But the vast majority of stories are based on a conflict between antagonists and protagonists. It could be a story of Man against Nature, as in JAWS, or Man against God, or Man against Himself, but conflict based stories are the most straight forward, the easiest and the most common kind.  Even in love stories. At the center of love stories, there is always an obstacle to love. The better the obstacle the better the love story. And so, in Reiner’s WHEN HARRY MET SALLY we have a conflict between Love and Friendship. In Ephron’s SLEEPLESS IN SEATLE you have Distance as an obstacle to Love. In Austen’s PRIDE AND PREJUDICE, the main obstacles are… well… Pride and Prejudice.  You have a good obstacle to Love, you have a story.

So, in summary, a good antagonist must have one principal, important characteristic: His/her main goal is incompatible with the protagonist’s goal. That’s it. Now if you want a blunt instrument or a precise delicate scalpel is up to you and what you want to do with your story. If you want an evil chess master or a basic volcano, it’s up to you and the story. So it all comes down to the main goal of the protagonist. What does he/she want? And this goal depends on one thing… well… actually two: your Theme and your Message. What is your story about and what do you want your readers to retain in the end? What do you want your protagonist to learn or not to learn in the end? That you must not be too proud or too prejudiced to see Love just in front of you? Or that you can be so blind that you will lose your family as you try to protect it? Or do you want a protagonist so driven and stubborn, like Marv in Miller’s SIN CITY, that he will never learn until he’s dead?

Whatever you do, you must always ‘Save the Cat’ for a protagonist. I spoke about it here. The protagonist must be likable in some way, otherwise, we will not identify with him/her, and if we fail to identify with him/her, we will be in trouble to achieve the Catharsis in the end. Or you can invert the roles. You could argue that in MACBETH, for instance, we do not care for the protagonists, we care for the antagonists. But we must care for someone. For someone we identify with. We suffer with. Because that is the next step in the phenomenon of storytelling, the phenomenon that Aristotle once described: we suffer with our characters. And at that moment is the thing that we must really take care: the Human Drama. Even though the story lives on diversity, on the uniqueness we impose on it, what really draws people in is the identification with the deeper problem of the character. The deep common problem of the protagonist and/or antagonist.

Think of a movie like JAWS: a sheriff who is scared of water and who came to a small coastal community to escape from the confusion of urban civilization is confronted with the threat of a killer shark. The Theme is Man against Nature – or Civilization against Nature. The Message is: only when you respect Nature can you deal with it (or something of the sort) – Civilization disrespects Nature at its own peril. Now, this is a deep common problem that affects all of us and which most of us can relate with. How you then develop it around the conflict between a sheriff and a shark and make it a unique story is at the core of your talent as a writer.

And that’s all I have to say for now. See you around the next campfire, fellow knights.

One thought on “Antagonists and Protagonists: Building Motivation”