So I’m in this rush to edit and proofread two novels coming out at the beginning of the year. The Portuguese version of THE DARK SEA WAR CHRONICLES will come out in April (hopefully) and the first volume of LAURA AND THE SHADOW KING will be published in February. So now is the moment the editors are coming down on me like a ton of bricks and sometimes it really feels too much. I also have a comic book script to deliver and don’t seem to have the time to even look at it, which is making me crazy. And I’m slowly advancing in the writing of LAURA AND THE SHADOW KING’s second volume, which I absolutely don’t want to let slide – my personal deadline is Spring 19. But I am happy and seeing good things happening so I can’t complain. Through all this hard work, I have a constant companion which is my music. I learned some music in my youth but I definitely don’t have a knack for it, so nowadays I just listen to it and enjoy it while I work. As I feel very connected to the movies, Original Soundtracks are one of my passions. It’s like I’m watching the movie again even though I’m just listening to the music. I truly think that some of today’s film composers will be the Mozart’s and Beethoven’s of the future generations. They will look back and hear the masters at work and be astounded. But I can’t be the judge of that. I just don’t know enough. What I know is that I enjoy them. So here are 5 film composers and 5 Soundtracks that I really love and which I suggest to you all. Maybe not the best, or the most famous, but the ones I admire and been listening through the years. No particular order, as usual. 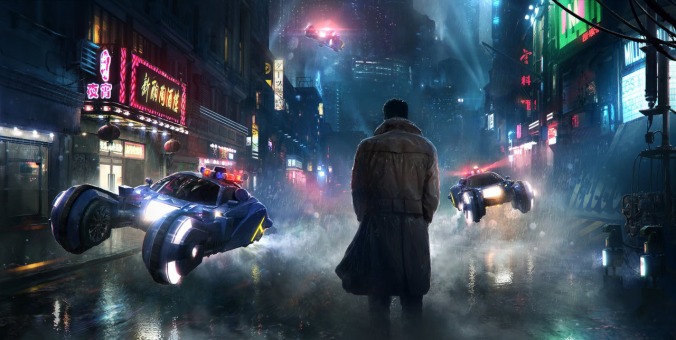 The Greek Vangelis has been a particular composer for years and one that I admire and love since the COSMOS series in the 80’s.  It’s like his music propels you to the stars. And I’ve heard several of his OST’s, including for the failed Ridley Scott’s 1492 movie with Gérard Depardieu as Colombus, and the brilliant score for Koreyoshi Kurahara’s ANTARCTICA. But it’s the score for Scott’s BLADE RUNNER that has inspired me for years. I love the dark, moving, intense themes that end in that climbing fanfare. Every time I listen to it I recall the character’s lines: ‘Moments lost in time like tears in the rain’; or ‘We don’t know how much time we have together, but then again… who does?’

I usually enjoy Sergio Leone’s westerns, including the ones that were inspired in Akira Kurusawa’s masterpieces. Clint Eastwood is fantastic as the blond ‘pistolero’ with the poncho, and Lee Van Cleef as the everlasting veteran and Eli Wallach brilliant in his portrayal of the lost criminal. But in Sergio Leone’s movies, we can also always expect those lovely scores by Ennio Morricone. Morricone is an uncontested master, now. We heard his music in Joffé’s THE MISSION or in some of the latest Tarantino films. But the score that keeps coming back to me is the OST of Sergio Leone’s best movie: ONCE UPON A TIME IN THE WEST. Each main character has a powerful theme, from Charles Bronson’s harmonica to Henry Fonda’s brass to Claudia Cardinale’s violins. One of the best westerns of all time with an equally strong soundtrack.

John Barry is one of the best movie composers ever. What we love about James Bond’s movie music is all because of John Barry who scored at least six of them, if I recall. He composed some timeless movie music, like the score for Schlesinger’s MIDNIGHT COWBOY and won several Oscars including for James Hill’s BORN FREE and the marvelous OUT OF AFRICA. Who can forget Robert Redford and Meryl Streep’s airplane ride over the rich plains of Africa to the sound of John Barry’s strings? Still, the OST that I listen to over and over is another of his Oscar winners: the score for Costner’s DANCES WITH WOLVES. Every time I listen to it I’m struck by the sophistication of Barry’s orchestrations and his sheer talent. It’s absolutely brilliant!

Hans Zimmer is synonymous with film music in our days. If there is one household name in our days that spells movie music, it’s his. Here is a fraction of the scores I love from this man: THE DAVINCI CODE, DARK KNIGHT, DARK KNIGHT RETURNS, INCEPTION, GLADIATOR, THE CROWN, MADAGASCAR, etc. You cannot watch a handful of movies without stumbling upon one of this guy’s pieces. But the one I seem to listen to over and over is the OST for Zwick’s THE LAST SAMURAI. It is so emotional, so delicate and so powerful at the same time – even though I like the movie, and I believe Edward Zwick to be an underrated director, I think the music score is much better than the whole film. It is a masterpiece.

I think Max Richter is a star in the making. Or maybe just a star already. His finely composed themes are a treat to the ears. In the tradition of minimalists as the brilliant Philip Glass or Michael Nyman, Richter seems to bring something more to the table. The main theme for Villeneuve’s ARRIVAL is incredibly powerful and gives a whole new meaning to the movie – getting us inside the soul of Amy Adams’ character. I also love his deeply emotional score for THE LEFTOVERS.

And so these are some of the composers and OST’s that have been my support in moments of labor. What do you think about them? Do you have any suggestions I might have overlooked? Tell me.

PS – Just got a note from a friend of mine that the ARRIVAL soundtrack is credited to Jóhann Jóhannsson. That is true. Still, the main theme is ON THE NATURE OF DAYLIGHT attributed to Max Richter for the Shutter Island OST. In the post above I was mainly referring to this theme. I do like Jóhannsson very much, but I believe Richter is a better composer.