A couple of days ago I watched Ruben Fleischer’s VENOM with the powerful Tom Hardy as Eddie Brock, the MC, a man who shares his body with a horrifying invading alien from Outer Space. First of all, loved the movie. It has a certain amount of ugliness that makes it different from the average super-hero movie. Everyone is somewhat ugly, with the probable exception of the female MC, Brock’s girlfriend, played by Michelle Williams. Secondly, it is again a story about a schizoid mind, the likes of which I’ve been writing about in the last few weeks, from NARUTO’s Nine-tail Fox (here) to Neo’s MATRIX. VENOM is a film about the struggle with our inner monsters, and the way they dominate us and many times ruin our lives with their destructive powers. Let me speak a little bit about that and how that translates to Writer’s Block – particularly the Inside-Out Fear I already spoke about here. 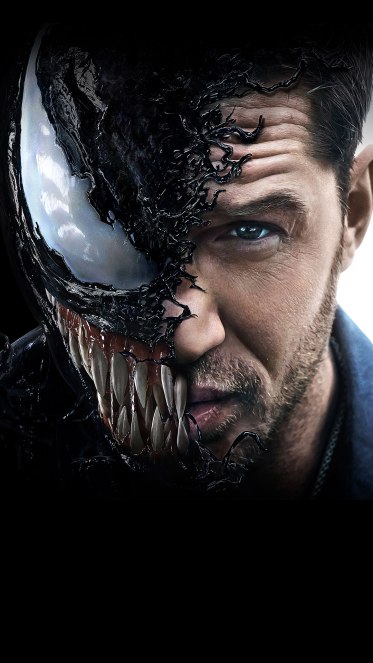 There’s this brilliant psychologist called Melanie Klein who created the school of Object Relations within the psychoanalytical school of thought. Let me put forth a few of her concepts in a very basic way. Klein would say that we feel that inside us there are Good Objects and Bad Objects (our Monsters?) and we have a hard time dealing with the interactions between them. We are many times scared that our Bad Objects will hurt us or hurt others around us, and so we act out to expel those monsters from us, or we fight against their release by locking them in and hurting ourselves in the process. As I said when speaking about THE MATRIX here to here, though, it is the fight itself that binds us in danger – if we understand our monsters and stop fighting them, we gain some peace and control. As The Oracle would show to Neo: it’s when we understand our choices that we are able to be free to make them.

Let’s translate that into the field of writing. Before, I spoke about one particular type of Writer’s Block: the Inside-Out Fear, which happens when our inner demons are stopping us from writing a particular scene we know we need to write. It happened to me, for instance, when I wrote a rape scene for one of my novels: THE ALEX 9 SAGA. It was to be so gore and cruel that I postponed it for weeks, as it made me uncomfortable. It could also happen in a simpler more subtle way: imagine you have a character that unconsciously reminds you of your grandfather and that your plot needs for you to kill it. If you don’t understand why it is making you wary it could block your writing for a long long time. Once your fear becomes conscious, though, it will almost seem stupid how easy it is to overcome it.

How about when our monsters intervene? Love and hate often come together, but it is sometimes hard to come to grips with that. Imagine, if you will, that you have a teenage son that got drunk and wrecked your car – a car you cannot afford to fix. A part of you hates him, even though it is possible you will not be able to accept that yourself. But you could have the villain of your story beat or torture a boy in a ruthless way. Your mind will react to that: either blocking your writing or being cathartic and relieving your inner emotional pressure. Your monster will either be attacking you or fantasizing about attacking your son – and the safest place to get it to do that is in the page of your text, no doubt about it. Understand that, accept the fate of that fantasy boy, consciously making that choice, and you’ll see good results popping up on the pages. And your anger towards your son will most likely subside (fingers crossed). 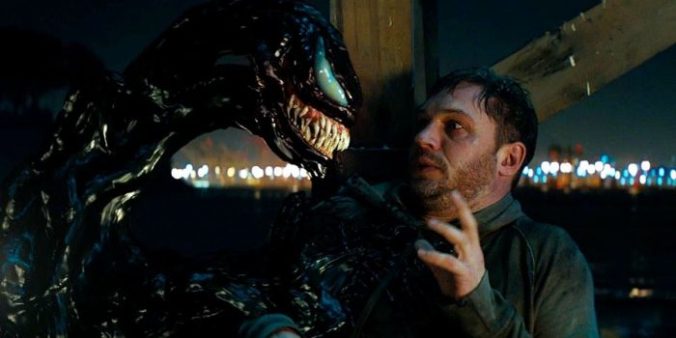 Just like NARUTO or THE MATRIX, VENOM’s is the story of a man burdened with his monsters that is able to turn his life around by getting along with the demons. The story is slick and fun, and at the same time it is Human – Hardy’s character is not your usual hero in any way. His failings lead him to demolish everything around him and ironically it is the monster that comes to destroy him that ends up saving him.

I didn’t like a couple of things in the movie, actually. The way that Venom, the monster, suddenly becomes an ally did not convince me fully. I would bet with you there is somewhere a background scene written for the monster, where we could see how he feels like a loser among his kind (the manifest motivation he states in the movie), but the scene was discarded at some point and left to rot – it’s what makes sense to me.

In the end, both Human and Monster become a better ‘person’ together than they ever were apart. It’s a classic story. We all have our monsters. We all fear and despise a part of us: our ability to hurt others or to disappoint or to do the wrong thing or to be violent. We all believe there is a part of us that is unlikeable and shouldn’t come out into the open. Part of the Human Drama, that fundamental field of research for every writer, is that conflict between the Good part of us and the Bad part of us.  Just look at HAMLET, for one. But it’s not a fight we can outright win – the only way to win is to gain some harmony, to accept one’s demons as a part of us and find a way to live with them.

Becoming a writer could be a solid path to integrate and deal with our monsters. A writer can channel the monster’s energy into the pages and give the demons a space to strive without doing much harm – quite the opposite, they boost creativity. Always remember one thing: what happens in your life is real; what happens on the pages is not. So for you, fellow knights, I leave you with the following: you can try and fight your dragons, put them down with your spears, incarcerate them in the deep dungeons of your inner being and mock them while praying in fear that they don’t find a way to escape; or you can learn how to ride them and fly. I strongly suggest you do the latter.