What seems to have been a few centuries ago, when I was in college, in Law School at Lisbon University, I wrote an article in the Student’s Association magazine about the political spectrum. I was saying then that it was very difficult to maintain the idea of the left-right conflict of ideas. The Great Ideological War was waning after the fall of the Berlin Wall. The left won battles for Social Security, National Health Systems, the Union revolution, the assertion of the Principle of Equality, etc. But it lost the battle over Capitalism. Overall, a Great Compromise seemed to have been established. What we feel since then, though, is not really a void or a peace situation of some kind. No, we’re seeing the exact opposite: the emergence of old foes and the confusion of terms and ideas. Look at a term as ‘Liberal’ for instance, which means left-wing in the US but right-wing in Europe. What does it really mean? Is it really another way to say Socialist? Or, as in Europe, another way to say free-trader or Capitalist extremist? And what about Social-Democrat – a term so well established in Europe and so absent in the US? And what to call these so homogeneous and like-minded populists that have spawned throughout the world in the last few years? Let me speak a little bit about this.

As I’ve written here, the recent populism wave makes me nervous. It is based on out-dated and dangerous principles Humanity has tried several times and which have failed miserably, leading to almost unimaginable catastrophes. National-Traditionalism, as we may call it, is trying to get back to the times before the Liberal Revolutions and to a Universe where progress, equality, the Rule of Law, and many other concepts we now hold dear were seen as myths.  These dangerous people believe in Nationalism, Culture Wars, Religious foundations, isolationism, ancient traditions,  and, curiously enough, in the Aristocratic Elites. They scorn most of the incredible and profound developments of the last few centuries and bank on the stupidity, the fear and the confusion of a mass of disillusioned who feel left behind by the evolution of Mankind.

Over two hundred years ago a wave of Liberalism swarmed the Western hemisphere. From the French Revolution to the creation of Italy or the independence of Brazil and other Latin American countries, the people were demanding a set of rights inspired by the thinking of the likes of Rousseau or Montesquieu. And then, in the late 1700’s, an amazing experiment came about in the Americas and a rising people wrote a few documents that established in stone the basic pillars of Liberal thinking. These were documents as The Constitution of the United States of America, the Declaration of Independence, the Bill of Rights, etc. They established that ‘All men are created equal’, ‘Liberty and justice for all’, and that we have rights as the Freedom of Expression, the Right to Vote, the Freedom of Religion, the Right to a Fair Trial, the Right of Association – and many other Liberal Principles. This, my friends, the thinking behind the Constitution of the United States, is the Liberal Agenda. 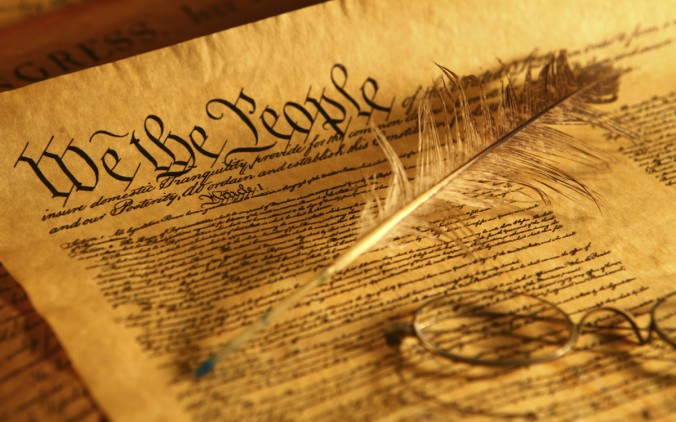 In my view, Liberals believe in one thing first of all: that Freedom is the basis of Happiness. That is what I believe as well. I believe Happiness comes from a sense of purpose, a sense of Meaning, and that Meaning depends on Choice. For that, we need Freedom. And that’s why I’m a Liberal. Now, according to the works of John Rawls, people don’t really feel free or happy unless they guarantee a certain amount of things: as a roof over their heads, food, or basic justice. So to some Liberals, the State could/should invest to assure a certain fairness of opportunities, liberty and justice. I take issue with many of Rawls concepts, but in a sense, I believe that he brings to light undervalued positions, as the ideas of decency and reasonability of a society based on how we treat each other.

Now, Conservatives prefer a more structured reality. They seem to believe that progress must be reigned in and that Happiness is impossible unless we protect some values, many times based on Religion, but also in a sense of Family and structured Community that allows people to assert their initiative and their economic power in society.

Then we have Socialists. The ones that survived the Cold War are not hardliner communists and pro-Soviet ideologues. Modern Democratic Socialism survives and thrives in Europe these days, and even if it believes the State to be the central guarantee of Equality and Happiness of individuals, even if it is still suspicious and defiant of Capitalism, even if it prefers to put the collectiveness above the individual, it no longer believes the State to be the source and the guarantor of all-things-Good.

Now, I personally always felt a little bit ‘out-of-the-box’ politically. I couldn’t fit into any of the designations of political movements in Europe nor to any of the parties that rule my country Portugal. So instead of classifying myself as a member of this or that movement, I have for a while tried to evaluate my beliefs and analyze my attitudes and behavior. As the terminologies and the political tendencies evolved, I held my baring by putting a set of values in a table and comparing the different parties and political programs according to those values. I can now say with confidence that I am a Liberal, even though only recently (at least in my mind) did this terminology gained a more unified meaning. So, for you who are still confused with the different factions now in play (especially in the US where some of the terms are very mixed-up) here is my latest table (I’m sorry for my untalented design):

This is not a scientific analysis – it’s the analysis I make for myself. It’s designed to give a bit of perspective. Some of you might think I’m wrong about this or that. Some might think themselves as Socialist and still believe in some sort of Capitalism, for instance, or be a Conservative and still believe Climate Change is happening, or that the State should somewhat regulate the market; and many Modern Socialists believe in International Institutions (like the UN, NATO, IMF, WTO, etc), even though many more, I think, are critical of them. But I’m going for broad categories – for what seem to be the main positions of most people in those political movements or best describe them, so please be gentle with your criticisms. This table is a simple tool. If you want, pick up the Belief items on the left and decide for yourself if this or that political movement is a ‘yes’ or a ‘no’. But this is the way I view them and judge them – and the line by which I figure out my own placement.

In view of this table, I’m a Liberal: I believe in Free-Trade, I believe in Fiscal Responsibility, I’m pro-Choice, I believe in a single-payer Health System, I don’t believe the State should own companies or intervene directly in the Economy except in very particular circumstances. I’m pro-World Order, I’m progressive about LGBT rights, I believe Climate Change is a real threat, etc. I also believe in Capitalism, as I wrote here.

Everything I’m telling you about you can find out by reading past posts of this very blog. Go check out. I have good reason to believe in all these things. Each and every one of them. Most of all, I believe in Freedom and I believe in the Liberal Agenda. Hope it helps that I point all this out and hope that it makes sense to you. See you around, my fellow warriors.

One thought on “The Tale of a Table: What is a Liberal?”