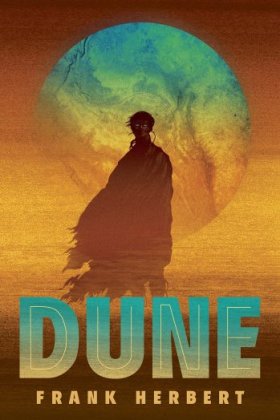 So, as we travel through the wrinkles of time towards the upcoming release of Villeneuve’s DUNE in November 2020, I get to wonder once more about the importance of Religion. As I’ve said here, I believe that the essence of Metaphysics, Religion, and Spirituality is basically aesthetic. There is little logical argument to assert that God exists or that God does not exist. And Science is very far from any definitive answer on the nature of the Universe. Religion and Spirituality deal with the way we ‘feel’ about Existence – it is actually in tune with how we connect with the Universe and how we find it… beautiful. How it ‘clicks’ to us. Is there a God? Some people find it impossible to think there is not, others find it naïve or fantasist to think there is. That comes from a sense of beauty, not logical reasoning. So it’s impossible to discuss and discussion, trying to convince one another of this or that kind of religious belief, seems to me, overall, not only empty but even dangerous.

This said, Frank Herbert’s DUNE is one of my favorite SciFi books, maybe even my absolute favorite, and it has an ingenious and sophisticated way to approach Religion. Like in many other stories, from Malory’s LE MORTE D’ARTHUR (see here) to THE MATRIX TRILOGY (see here), DUNE is about a somewhat supernatural hero that becomes the focus of prophecies and bears the destiny of the species. Paul Atreides, just like King Arthur or Neo, becomes a God-like-figure, something his heirs will also incarnate. I will not speak of it here, I may in the future, in particular after November 2020.

Despite the fact we end up enthusiastically rooting for each of the figures I’ve mentioned above, the fact is this kind of religious worshiping and the intense, unquestioned and fanatic delegation of one’s decisions to another Human Being is incredibly dangerous and worrisome. In fact, some of the worst deeds ever done by individuals all over time and space come from this very phenomenon – from the massacres of the Aztecs to the Holocaust, to the terrorists of today and the Inquisitions of other times – many wars and atrocities were committed in the name of Religion.

Still, we need Religion. Because that basic connection with a Meaning, with the Beauty of the Universe, is not obvious nor necessarily easy. It’s all too big. The whole is too big. We seem too small. So how to comprehend it? How to manage and control our anxiety facing the whole cosmos? Thus, we need a religious sense – even if an atheist one. We need some kind of belief about this whole. There is some mystic side to life, and this is a way to own it. I don’t mean we necessarily need to belong or to integrate this or that Religion. That needs to be clear. I, for one, believe our connection with Existence to be an intimate affair. I tend not to discuss my religious belief, whatever it may be. It’s not secret or anything, but it is intimate – and my basic principle when it comes to Religion is one of freedom: there are too many people in the world trying to influence and dictate a sense of Religion to the others – I, for one, am against this dynamic. Is there a God? I refuse to discuss that subject and only a few people know what I believe about it.

This said, two other phenomena are in need of discussion: 1) the subordination of Ethics to Religion and; 2) the extreme behavior of people in crowds and in religious gatherings. I’ve spoken a little bit about 1) here.

I understand that Ethics, our idea of Right and Wrong, may easily be connected with the way we see Existence. Someone will say that we need to pray five times, or eight or ten times a day because ‘that’s the right thing to do’, ‘that’s the command’. Someone will say if we do this or that we will be rewarded by a better reincarnation. Someone will say to be good to our parents because God says so. Someone will say we need to kill the infidels. The problem with this is that Religious Thinking does not tolerate questioning, it does not tolerate resistance. If we resist, it’s because we do not have Faith, we do not believe enough. And so, if we delegate our Ethics, our sense of Right and Wrong, to Religious Thinking, we are particularly vulnerable to manipulation. A good alternative is Knowledge and Education. Education increases our options, allows for Critical Thinking, multiplies our freedom. Religious Thinking limits our options, shrinks our possibilities and does not allow questioning. Religious Thinking is not wrong per se – we just need to be careful with how we subordinate our Ethics to it.

The other phenomenon, the phenomenon of crowds, has been studied for a long time. People act in a different less-mature way when in crowds, or when belonging to large groups. The larger the crowd, the more basic will have to be the common denominator, what unites everybody. We are all different, but to become one with others, we must find what is common, and the larger the group the more primal the factor. That is why the basic IQ of a crowd is less than the one of a normal individual. It will become closer to the intelligence of a little child. And that’s how normal people can have abhorrent behaviors when in crowds, easily jumping to violence or ecstasy with little control, or being vulnerable to some leader (or ‘guide’) who is clever enough to command the moods and swings.

That is why people imbued with Religious Thinking and a mystical sense of belonging in a large group are dangerous and in danger.  We must not delegate our Critical Thinking or our sense of Right and Wrong. The Universe will be here much after we will, and it is all far larger than our understanding – but our main decisions in life will define how well we’ve lived. And that is on us. Not on anybody else. And even if we are religious, we are intelligent enough not to need to impose our Religion on others, aren’t we? See you around the next campfire, fellow knights. Be free.