In Part 1 of this post about Dialogue I went through a few techniques I use. Dialogues are a very stimulating and complex part of the work for me. I wish I really knew how to write only in dialogues like Hemingway used to do. In my youth, I wrote a couple of short-stories just like that – only with dialogues. I don’t think they were very good stories, but it was interesting to try. I wrote a few theater plays and many movie and TV scripts – maybe that’s the closest I got to it. Anyway, in Part 2 I’d like to go through a few more techniques I learned or picked up or developed myself. See if it’s useful for you. I’ll continue the list from Part 1.

She’d put on the seatbelt just a moment before. Because her mother had screamed, ‘PUT THE SEATBELT ON! RIGHT NOW!’ Because she had cried instead of putting it on immediately. But this time she had obeyed. She had focused her attention and pulled the belt, but it got stuck and she whined. ‘Mommy!’ ‘Slowly! Pull it slowly!’

See how I use the Caps? Caps means a different tone than a simple ‘!’. Or two simple ‘!!’. The context gives you part of the tone. The length of the sentences and the rhythm will also help. Read the first part of the post to see how to set the rhythm. But formatting also helps – use Caps, use punctuation, use what you can find.

The captain seemed relieved to see the American. He saluted back, wiped the sweat and dirt from his neck and spoke with an unmistakable French accent.

‘Gangs. They arre trrying to brreach in multiple points. Twenty or thirty attackers at least. RPG’s, mortars, heavy fire. This is big. We arre all engaged. At least two of my guys arre down. You’re the reinforcements? What happened?’

‘Suicide bomb at the HQ. My troopers are right behind me.’

‘Multiple. Where do you need us?’

‘Right flank. Therre is another attack a hundred meters to the West and they arre coming back this way as well. We need to hold them here. Go to the right. Therre arre only a couple of my men up there.’

After taking a few bites of some really good beef, I turned to her again. ‘Look, what I need to know is that your mind is in this thing. Is it?’

‘How about the rest of you?’

She almost laughed. ‘You tell me. You took a good look.’

I clenched my teeth, irritated.

She stopped smiling. ‘I can handle it. I’ve been working out. A bit too much, actually.’

She hadn’t, I could tell.

I stopped eating and looked deep into her eyes. ‘I need you to have my back, Drexler. Can you handle it?’

She stopped eating too and looked back deep into my eyes. ‘I’ll have your back, King.’ And she was serious. ‘Thank you,’ she added. That was good enough for me. I wiped my mouth and prepared to leave. ‘Good,’ I said, getting up. ‘Let’s grab some bananas, we need to go.’

So in this dialogue, the reader needs to know a few things: that Paige Drexler will be serious about the mission, that she is capable, that she is grateful for the opportunity and that she will be loyal to Berger, and finally that Berger will accept her as his number two. So let’s make it short and sweet: 4 beats, 1 plotpoint. Beat 1: Is your mind on this thing- Yes, it is; Beat 2: How about the rest of you – I can handle it. Beat 3: I need you to have my back – I’ll have your back, King. Beat 4: Thank you – That was good enough for me. Plotpoint: ‘Good,’ I said, getting up. ‘Let’s grab some bananas, we need to go.’ And that’s it: everything that needed to be done is done – let the ball roll. 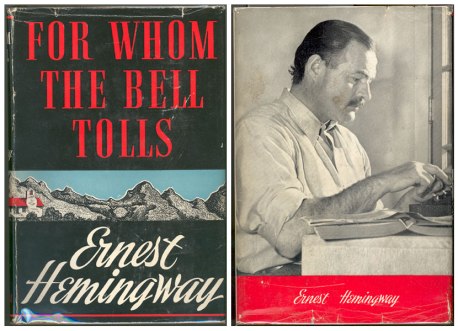 And that’s all I have to say at this point about dialogues. I hope it was useful for you. See you around the next campfire, fellow knights.