First of all: hail to all editors. Editing is an art I have undervalued for a long time and which I never really had a lot of luck with. I always edited and proofread my own work even though I knew I had ‘a fool for a client’. I’m not good at editing. I’m not good at proofreading. But I did not have any good options. Editing is not given much importance in the Portuguese publishing world, as far as I’m concerned. Only now do we see people actually asking for that kind of professional care. At least that’s my experience. So it took me all these years to finally have some experts editing my work. And a couple of first experiences weren’t that good. But now they are: I have a couple of editors working on my texts, both in Portuguese and English. And I am particularly happy with the editing of my new novel LAURA AND THE SHADOW KING. 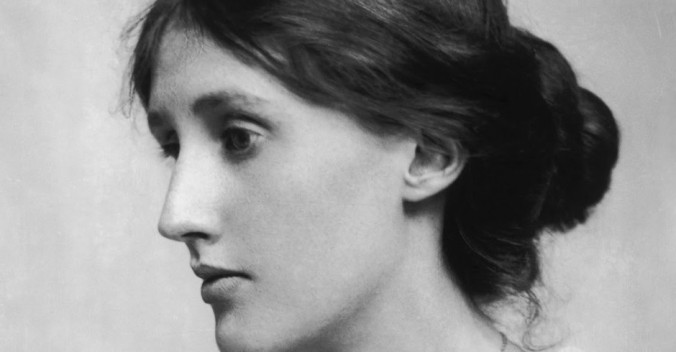 But there are a few things I do that editors are not particularly keen to accept or understand – so I had a few struggles about this with the ones I work with. Let me speak to you today about what I call Melodic Writing. It’s something I picked up long ago from Virginia Woolf and then Jack Kerouac, and which I noticed many brilliant writers practice, even if maybe they are not aware of.

Virginia Woolf is one of my favorite authors. Even though I could never get into some of her work, as ORLANDO, other pieces still blow my mind. TO THE LIGHTHOUSE is one of my favorite novels. But the first book of her I read, back in my twenties, was THE WAVES. And I was completely struck by the opening to the book. Let me transcribe the first two paragraphs:

The sun had not yet risen. The sea was indistinguishable from the sky, except that the sea was slightly creased as if a cloth had wrinkles in it. Gradually as the sky whitened a dark line lay on the horizon dividing the sea from the sky and the grey cloth became barred with thick strokes moving, one after another, beneath the surface, following each other, pursuing each other, perpetually.

As they neared the shore each bar rose, heaped itself, broke and swept a thin veil of white water across the sand. The wave paused, and then drew out again.

This is a beautiful piece, by any standard. But there is one thing that absolutely blows my mind each time I read it and completely changed the way I write: even though you can develop an image in your head of the waves reaching the shore… you can also feel them. Please read the opening again, but now notice one thing: the sentences feel as waves themselves. They have a cadence so well structured that it is as if the sentences themselves are waves. Look particularly at the last wave:

As they neared the shore each bar rose, (the wave swells)

heaped itself,  (it peaks)

The wave paused,  (the wave stops, as stretched as it can be)

and then drew out again. (and then goes back.)

This is brilliant writing. Every comma, every stop, every word is there for the specific rhythm you need. There’s no rule to that. If you edit this text with the idea that commas have a specific function and should be put here or there because of some rule, you might just ruin the whole thing. It would be easy to take out the last one, for instance, and just have: «The wave paused and drew out again.» But that is not what happened: «The wave paused – comma – and drew out again.» And suddenly the sentence pauses as well and mimics the action of the wave.

I don’t know if anyone ever studied this in Literature classes. I never did. But as far as Creative Writing is concerned, this melodic writing is extremely powerful. Remember when I spoke about Pragmatics here and the fact that every single thing, every single omission, every single word has an effect on the text? Remember I said that subtle intelligent writing lives of the subtext, of what’s implicit? Melodic Writing takes this to a whole new level. It works on your unconscious. It taps into your emotions at another level. And it’s not just Woolf that does it. I recognized it later in Jack Kerouac, for instance, in LONESOME TRAVELER, as he describes in several pages how a railroad worker runs to catch a train. And in Hemingway. And in Whitman. Here’s a verse from SONG OF MYSELF:

The smoke of my own breath,

I don’t know about you, but the second sentence seems to me as a cloud of smoke moving through the air out of one’s mouth.

I believe Melodic Writing is a thing. I don’t know if writers do it on purpose or by instinct, but they do it, and some in a really brilliant way. So I’m very careful with people that tell me that one sentence is unnecessary or a particular word is excessive. Rhythm takes precedent. Editors have a difficult time understanding me on this. I think I’m finally working with one that is starting to understand. Let me give you an example from my own work (far inferior to the other examples, but bear with me).

In this text, the first thing that my editor tried to get rid of was the word ‘Then’. Unnecessary to editors, of course. It just seems not to convey any information. The impact, she said, is conveyed by the dry sentence: A gunshot sounded in the next room and everyone shut up. But the thing is: ‘Then’ mimics the shot. It is there for a reason. I could just have said: Bang, a gunshot sounded in the next room. It just manipulates the rhythm and the attention span of the reader towards a specific event.

This may not seem a lot to you, but in the overall writing, it has an impact. And as it gets more and more refined, it has a higher and higher impact, just as the opening of THE WAVES had on me. I hope one day I’ll be able to write that well. Kudos to Woolf. I’ll keep training and applying and admiring from afar.

2 thoughts on “On Woolf and Melodic Writing: Rhythm and Editing”