The Wachowski’s MATRIX is a definite classic and one of my favorite movies. It was one of the best experiences I had in a movie theater, about 20 years ago: having been in seclusion for weeks before my Law School exams I hadn’t heard anything about the movie, nor seen any trailer or anything – when I went to watch it with a friend of mine the movie was a complete fascinating surprise. It also features one very interesting characteristic: it is a layered movie – a 12-year-old may watch it as a scifi-action-thriller, or you could view it as a profound deep-layered story. I love movies like that – like BLADE RUNNER, for instance.

For years, when someone asked me what was my favorite movie I’d answer: The MATRIX TRILOGY. And then people would start to rant about how so much poorer the 2nd and 3rd installments actually were when compared to the 1st.  But I was analyzing it at a different level. That is what I want to talk about today – what I see in the MATRIX TRILOGY. Please don’t forget this is only my interpretation – and I will present some very complex concepts in a simplistic way. I’ll try to show you how I view the trilogy as a single unified story with deep philosophical, psychological and political implications. I hope you enjoy it.

‘Reality’ is a learned concept. I know – that blows your mind. But it is. In the first few months of our lives, we learn the basic concepts that will be the building blocks of our mental health. We learn Love and Hate, and Guilt and Frustration, and how to handle relationships. And before that, we start learning the rules – that things move in a certain way, that there are a lot of sounds and a lot of colors, that banana taste one way and tomatoes some other way. We learn ‘Reality’. The idea that everything out there is a ‘unified world’ is not particularly obvious – especially if the ‘rules’ of that world seem confusing. And sanity can be severely impaired if we cannot learn these rules or the unification of the world. There are a lot of theories about how schizophrenia forms and develops until the trigger events usually in the late teens when the ‘Reality’ referees of our childhood are no longer useful. But basically, I’d say that schizophrenics find it difficult to unify reality so they split it into different segments as if there were these isolated ‘boxes’ or ‘shelves’ where you can store your ideas of the world. The problems happen when these ‘shelves’ get mixed up and everything becomes confusing – you even start believing that what everybody tells you is a lie, because everything is contradictory.

Why am I speaking about this? Because when I look at the MATRIX TRILOGY I see the description of a Lacanian therapy process of a schizophrenic patient. Let me show you what I see. Indulge me.

Anderson, the protagonist, lives two different lives. Besides being a computer engineer in a large firm, he is also Neo, a skillful hacker who earns some money through illegal means.  This man lives two realities and, as Agent Smith tells him, only one of them has a future. This man is looking for the truth: the answer to that basic question he can easily identify – What is the Matrix? What is Reality? Inspired by someone dear to him, maybe the love of his life, embodied by Trinity, he seeks help and after some hesitation, he submits himself to a treatment facility. When he is taken in the car, he feels threatened (in the movie, a gun is pointed at him) – it has to be our way (an employee of the organization tells him), or the highway. He opens the door, hesitating, but it’s the one dear to him that tells him: ‘you know that road, Neo, you know where it will take you’. That is the moment that Neo decides he will go into the facility. They take him to a weary room where he meets his first therapist: the man known as Morpheus. Morpheus tells him: I’m only offering you the truth. The paranoia Neo feels is real. Reality is a sham.  The Big Brother, the Big Other, is controlling everything. He shows Neo two pills and gives him a choice – he either walks away or he goes through the rabbit hole and finds out the truth. Neo accepts the challenge and submits himself into the facility. 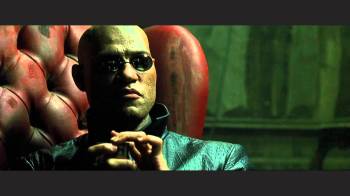 In his next session with therapist Morpheus, Neo is told they are looking for The One. The Wholeness. The One that really created the Lie and which is the key to unraveling the truth – Reality itself. They are looking for the Subject, for Neo himself, and when he’s ready he will be able to change/accept Reality and become One with himself. Morpheus introduces a place called The Construct, a ‘safe place’ where Neo can develop his abilities, even though he is not able to make great jumps on his first time. Morpheus also assumes, by therapeutic transference, the role of the Father. Even though the Father himself is represented by Agent Smith.

Finally, Neo is taken to a different therapist. The one they call The Oracle. After the delicious ‘There is no spoon’ (it’s all in your mind) episode Neo meets the Oracle. She looks at him and tells him: ‘You know what I’m going to say.’ And he ventilates his doubt: ‘I am not the One.’ She never confirms or denies it. It doesn’t matter what she thinks: it’s all about what HE thinks. That’s therapy. She also tells him something very important: a crisis will come when he will have to decide – either he risks it all and he accepts therapy and the figure of the Father (both Morpheus and Agent Smith); or he will run away and turn his back on all the hope Morpheus is bringing to him and the fight is lost. Either he dies or Morpheus dies.

Next thing you know, the events in the prophecy are happening. Morpheus is taken and everything suggests he will not survive. Then Neo makes his most important decision: he accepts therapy. He will die so hope will live. He will go into the lion’s den and die so he can save Morpheus. Trinity decides to help him. She is always there when he needs it. She loves him. And that’s when that amazing Hall Scene happens.  And Neo saves Morpheus. His first words to his newfound therapist are: ‘But The Oracle told me…’ And Morpheus replies: ‘She told you what you needed to hear. There’s a difference between knowing the path and walking the path.’ Pure therapeutic stuff.

As Morpheus and Trinity run to safety, Neo gets stuck confronting the Monster of his Father (Agent Smith). He decides not to run and Trinity, surprised, asks Morpheus: ‘What is he doing?’ And the therapist replies: ‘He is beginning to believe.’ The whole third act is the patient Neo starting to believe in the process. He actually dies. He gets shot in the chest by Agent Smith and dies. But he is no longer helpless. With the strength and love of the ones around him, he got strong enough to resist confrontation with the Monster of his Father and he comes back to life. He finally faces Smith completely in control. He now knows it’s possible.

In the final scene, we see Neo calling The Matrix i.e. his Family from a pay phone. He’s different now and he tells them: ‘I’m going to show these people (my inner beings, me) a world without you – a world where anything is possible.’ He now knows that therapy can empower him to live without the oppression of his Family’s history, of all that made him so ill. A world where he can fly. Neo finished the first part of therapy: he now believes in the process, he believes he’s The One, but the hard work is ahead of him – he will have to solidify his liberty, solidify Reality. Become Whole. 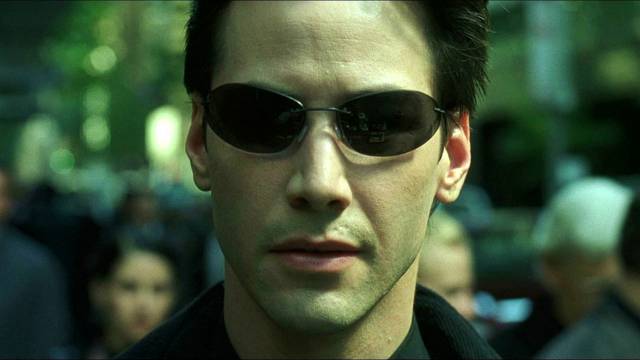 I will continue the story of Neo, the schizo patient, in my next posts. That will show you, I believe, how the MATRIX RELOADED and MATRIX REVOLUTIONS fit in all this. I hope it makes sense to you but if it doesn’t I hope at least you have fun. Or a fraction of the fun I have been having analyzing this trilogy all these years.