I’ve watched Scott Cooper’s HOSTILES a few days ago. One of the best movies I’ve seen lately. Tense, intense, cruel and moving, it features some superb actors and a very well written script. Cooper has written it and directed it. I’ve seen at least one of his other movies, BLACK MASS, and I wasn’t particularly impressed. But this one is really good. It’s about a veteran U.S. Army captain,  Joseph J. Blocker, played by the powerful Christian Bale, that escorts one of his worst enemies – Chief Yellow Hawk, played by Wes Studi – to his home territory to die. 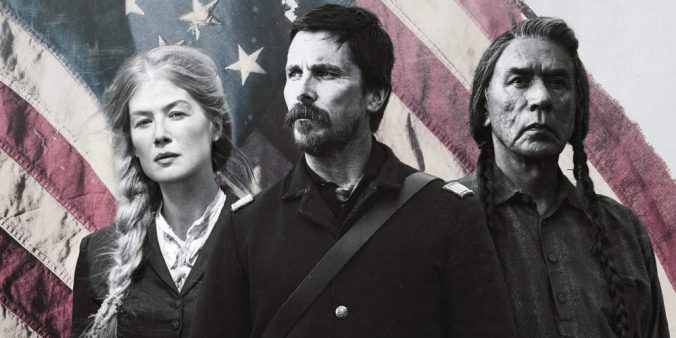 The journey is filled with dangers and surprises, and the conflict that goes on inside the MC is also always skin deep: Blocker would rather kill Yellow Hawk, who brutally murdered his friends, than escort him home. More than a Western, HOSTILES is to me an essay on violence. Let me tell you what I mean and what I take from it.

At the onset of the movie, there’s this quote by D.H. Lawrence: «The essential American soul is hard, isolate, stoic and a killer. It has never yet melted.»  Bale’s Blocker is an iceberg always about to crack. He is cold and steadfast when things are about to go wrong, but in certain moments we can see that the years of fighting and killing have taken their toll. The essential conflict of the movie is not with this or that enemy: hostiles keep coming and getting dealt with one after the other. The main conflict is what this fighting and this violence is doing to the man himself. In the end, the best thing that he can do is recognize how similar to his enemies he actually is. Violence becomes acceptable not for revenge, but to defend one’s principles, one’s values and the people who are important to us.

There is something great in American values. I have seen people in several countries disappointed and skeptical and critical of these values. Or of what they perceive of these values. There’s a perception that Americans only want to apply their values to American citizens, or are inflexible on how to look at others. To some: Americans are all too keen to impose their values on others. To others: Americans do not intervene when hostiles attack them in violations of American values. To many: Americans are too prone to violence themselves and they easily decide to shoot first and ask later. What we seem to forget, time and time again, is that for all their faults, Americans are the proponents and the guardians of values we ourselves value so much. Most of them, inscribed in the Constitution, one of the finest legal documents ever written.

All men are created equal. No man is above the Law. Citizens must elect their Government. Government of the people, by the people and for the people. Freedom of speech. Freedom of religion. Freedom of association. Right to privacy. Due process of Law. Right to vote. The abolishment of slavery. We forget that before this was written over decades in the American Constitution these values were neither obvious nor natural to anyone in the world. The great legacy of the Americans is, and should always be, the great Liberal agenda.

This is scary to many. Still in Vladimir Putin’s nightmares is that awful night in Berlin in 1989, when anonymous crowds walked towards the Berlin Wall and demanded to cross to the Western side. Putin was a KGB officer on the border and he had a really bad night, to say the least. He has feared Democracy ever since. The people are too powerful. Especially when they are free. And as all violence comes from fear, it’s no wonder that Putin has become hostile to the entire Western Liberal order.

It is also not surprising that we see the American values of the West being corroded from within. I’ve just re-read Hannah Arendt’s EICHMANN IN JERUSALEM. One of the most impressive features of the described Nazi regime was how naturally and dutifully they would execute the most inhumane and despicable acts. It took years of eroding the moral fabric of Liberal Germany, from 1930 to 1940 until the Final Solution for the Jewish problem was decided. Plans to evict the Jews failed. Then plans to exile them all became too cumbersome (there was this crazy idea of shipping all European Jews to Madagascar). Then, of course, the most obvious way was to jail them, and finally to kill them. This became obvious over the years until it became inevitable. And for each step of the way there was a logical argument to go further.

It’s because of all this that I was so concerned with what has been happening these past few weeks in the United States of America. While in Thailand brave men and women risk their lives to save a few children, most Americans were shocked to see their Government corralling, separating and processing little children as the Germans have done in the Past. But these are only the first few steps. For how long will average Americans resist the continuous eroding of their moral values? I dread to imagine. 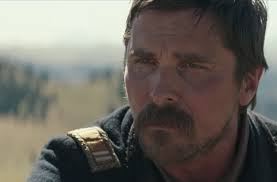 «The greatest calamity which could befall us would be submission to a government of unlimited powers» said Thomas Jefferson. It’s easy to become scared and violent in face of the ones who are different. Jews, negroes, immigrants, Islamites. What if they bring terrorists with them, or gangsters? What if they bring savage customs and behaviors? What is really scary is the values we are willing to sacrifice to our fears. ‘Let’s burn the village down to take the village’. We are the ones ready to destroy our own way of life so that we can ‘protect’ it. Those who come to us seeking help want only to cherish it, even if they do it in a childish, crude, clumsy way. As we relinquish power to an all powerful Government for the sake of our fears, we lose ourselves. And as we lose ourselves we are closest to damnation, and to the worst of mankind, as we’ve seen in the Past.

If Americans become once again hard, isolate and killers, we will lose modern society. Let’s hope that never happens. At the end of HOSTILES, Blocker decides to rejoin civilization. That’s a hopeful image that will stick with me.