So last week, after my post on Writer’s Blocks (see here) a discussion came up in one of the Facebook groups I belong to, a group dedicated to Role Playing Games. This discussion started by a post extrapolating Writer’s Block to an RPG group session and how group members compensated for the blocks in one another’s creativity. Not everyone agreed. As I wrote in my article, I believe blocks in creativity are many times the projection of our fears and inner demons. How does that play in a group situation? Many writers and schools of thought have approached this subject. Let me talk a bit about it.

First, let me tell you that I haven’t been involved in Role Playing Games for a long time. I’m not speaking of the kind you play on the computer – even though there are icons like WORLD OF WARCRAFT or ARMA 3 that are very stimulating. I’m speaking of the Role Playing Games played by a group of people around a table with strange dice, incarnating strange characters that go through what one might call a narrative. The decisions of the characters are made by the players according to some rules and the whole situation is controlled and guided by what we call a Game Master. In DUNGEONS AND DRAGONS the Master has a special name: Dungeon Master. Even though I played a few games, I haven’t played a lot in recent times, because I live about 45 minutes from Lisbon and I have been swamped with work. But I’m still in contact with the community, a bunch of weird but very intelligent people who I love.

Anyhow, I’ve been stating for some time that Game Masters should be aware of some leadership theory and group psychology. So here’s my take.

We humans are social people, but that doesn’t mean that being with others is easy and without complexity. Most of the time we are wrestling with two forces in our inner minds that are pulling us to one side or the other. They are called the Isomorphic and the Homomorphic Poles. The Isomorphic part of our mind suggests that we will feel good joining others and being part of a group. When the Isomorphic pole is surfacing we feel good if a group accepts us and we are sensitive to rejection. However, there is also the Homomorphic Pole – this one tells us that if we let ourselves be absorbed by the group we will lose our own identity and be void – so it makes us want to reject the group and/or change the group in our image, or make the group accept what makes us different.

In a group, each of our Isomorphic and Homomorphic poles is in interaction with everyone else’s. This, in my view, is what produces the energy fluidity we call Group Dynamics. We also have that in a Creative Writing context: we are always wrestling between our own aesthetics, fantasies and ideas that make us unique, and the formulas, building blocks, tropes and other reader’s needs that make our texts readable and enjoyable. In a writing group, multiply that by the number of members in the group and you’ll see how complex the dynamic is. 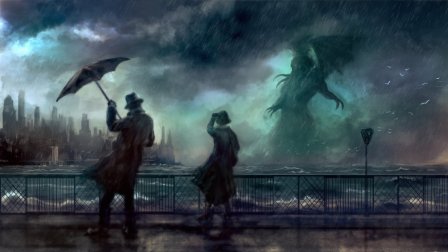 However, Group Dynamics have patterns and recognizable phenomena. One interesting thing is the path a group goes through from inception to adjourning. It’s a fascinating subject which I will not go through in this text. For more, look up the stages of group development by Bruce Tuckman, for starters – you’ll see a group is not just one group, but an ever changing entity that will have different characteristics at different stages: there’s a whole economy of group individual and social energy being traded within a group, always enforcing new stages on the group itself. You can also wait until I talk about it in the near future – for I certainly will. Today, I prefer to write about the phenomena discovered by Wilfred Bion.

Bion was a psychiatrist that followed the doctrines of Sigmund Freud and Melanie Klein in the aftermath of World War II. In the military, he was given the task to deal with the mentally traumatized war veterans in Government facilities. Doing this, he was one of the pioneers of psychoanalysis in a group setting and studied the behavior of groups. Not really knowing what to do and not having good precedent to follow, Bion decided to stay as quiet as he could in his groups and learn what he could from what happened. In so doing he ended up experimenting with Leaderless Groups.

Leadership, in my view, is a group phenomenon. It naturally happens in a group. In one way or another, the group ends up following a leader that will take it where it wants to go. In a therapy session the formal leader is naturally the psychotherapist. But if the formal leader is unsatisfying, an informal leader eventually rises up. That also happens in an RPG setting: if a Game Master’s performance is unsatisfying, soon the whole group will be boycotting his plan. But by deconstructing this search for a leader and the fulfillment of the group’s goal, Bion found out that there are certain kinds of behaviors of a group that follow ‘Basic Assumptions’ – these are in fact Group Blocks, organizations of the group’s anxieties that block the group’s work and creativity. Here are Bion’s Basic Assumptions:

Fight or Flight – A group responding to a threat often goes into Fight or Flight mode: in a game situation we often see the group distracting itself with jokes or unrelated stories, avoiding decisions or uncomfortable situations at any cost. Or even fight over a detail or something without any importance in order to avoid real decision making. Leaders that don’t understand or are insensitive to how uncomfortable a decision is being to a group often get frustrated and when they try to force the group to focus they many times will face stiff opposition and find the group will actually be fighting them.

Pairing – At some times, a group will be fascinated or paralyzed by the interactions of two individuals. By focusing on these two individuals, the group can also avoid uncomfortable decision making. This can go on for a long time and if group members start taking sides, the avoidance can go on forever! A Game Master that is unable to refocus the group on the task or on the individual decisions of each member could see the game stalling around the annoying interactions between the ruling pair.

Dependency – At some moments, the group might be inclined to seek the protection of one single individual that, at the extreme, might seem omniscient and omnipotent. The group will submit to the immature idea that every single problem and discomfort will be resolved by this single individual and so it abdicates almost completely of any power to decide while it remains under the illusion this individual is the Messiah the group always wanted. Invariably, reality will creep in and the group will be disappointed, but it can take a long time (as we have been witnessing for the last few years in US politics with Obama and Trump, each in his own way). 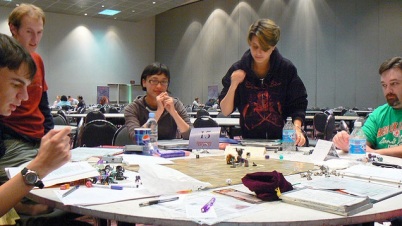 It is my opinion that if a GM does not understand the difficulty or the discomfort that a certain decision imposes on a group he will try to force his way out of a Basic Assumption behavior. A Basic Assumption is, all in all, a Group ‘Writer’s Block’ and will be impeding the narrative of the game. But trying just to force the group to move on can have the effect of increasing the anxiety and be counter-productive. If a GM is patient and quietly works on the group’s anxiety, the group will eventually reach a different position, what Bion calls: the Work Group.

When in the Work Group position, the group will be making decisions in an efficient and effective way, working together and analyzing objectively the situation and the facts. That is the moment the GM has been waiting for and the more he can guide the group to this position the most enjoyable the game will be.

There is a lot more to say about this subject but for today it’s enough. I hope it’s useful for all you GM heroes out there! See you next week!