I was in my late teens when I read the first Bourne novels by Robert Ludlum.  I remember the first book, THE BOURNE IDENTITY fairly well, but I don’t recall most of the other two I’ve read: THE BOURNE SUPREMACY and THE BOURNE ULTIMATUM.

I remember THE BOURNE IDENTITY movie/TV-series(2 episodes actually made a movie, I think) made from it in the 80’s with Richard Chaimberlain and Jaclyn Smith. The movie was fairly decent by the standard of the time and I loved the books. But nothing prepared me for Doug Liman’s version in 2002. What a great movie! It didn’t just depict most of what I loved about the book, it went one better: it changed spy movies forever. If you thought James Bond was the paradigm of action spies, that changed in 2002. From then on, the paradigm was Matt Damon’s Bourne. And then Paul Greengrass picked up the helm and made THE BOURNE SUPREMACY and THE BOURNE ULTIMATUM. Those brilliant movies made Bourne an absolute icon and changed the face of action movies.

The book by Ludlum depicts a CIA operative who gets amnesia and is set to find out who he is. In the book, Bourne’s on an operation to find the terrorist Carlos by impersonating an assassin himself, so his identity is always equivocal. In the latest movies, Bourne is a real assassin, CIA black ops, who is fighting against the CIA itself. «They should have left him alone» says the poster for the second movie. I don’t think SUPREMACY and ULTIMATUM’s movies have any resemblance to the actual books, but I can’t recall, so don’t take my word for it. A few years back, I read another book by Eric Van Lustbader (another good writer I read in my youth) , who picked up the series. The book was called THE BOURNE IMPERATIVE and I was struck by how far behind the novels had gotten. This novel was far far below the level Paul Greengrass’s movies and Tony Gilroy’s screenwriting had taken Bourne. Greengrass and Gilroy’s Bourne is tormented, vulnerable, and yet relentless, sharp, ruthless, cold, skilful and formidable. But what makes the difference, in my view, is the unstoppable rhythm of the movies. The breathtaking speed of the action is amazing. The novels’ plots and action scenes cannot keep up. 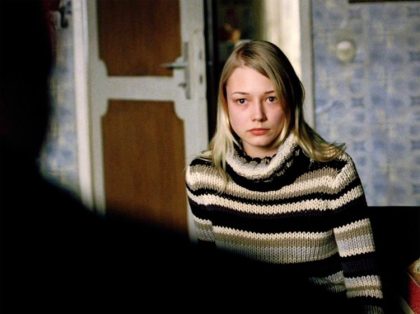 I must also tell you that in my view, THE BOURNE SUPREMACY is in a class of its own. It is by far the best of the Bourne movies, with a brilliant plot that focuses on a wounded warrior looking for closure for the death of his lover. The last scene in Moscow, where he confronts the daughter of a Russian diplomat he killed is a tremendous scene that credits both Damon and Greengrass and which shows the depths of the character in such a powerful action movie. It ends with the wounded Bourne walking to the sunset projected in the windows of the buildings, a shot I always love to watch.

But what makes Bourne’s action sequences revolutionary? The first thing, in my view, is the writing. Every move is clever. Every challenge, every twist of the plot is filled with little details that make Jason Bourne first of all a thinking machine. «They don’t do random» says Nicky (Julia Stiles) in SUPREMACY. Bourne doesn’t do random. Everything is fast but clever. Every move is thought through. Even the way Bourne looks at the train schedule while he’s running from the German police, or how he picks up the map of the building when he’s evading the American Embassy in Switzerland. Superb writing.

Second, it’s the directing. I watched this video few days ago and was blown away. There’s this measure called the Average Shot Length (ASL) which shows how many cuts a movie has. So, in Liman’s IDENTITY, the ASL is 4.2 seconds. On average, there’s a cut to another shot every 4.2 seconds. But if this is fast, Greengrass goes one better: in SUPREMACY, the ASL is 2.4 seconds! And in ULTIMATUM it is 2 seconds flat! So much of the speed we see in the movies is made by tricks of the camera, directing and editing.

What I’ve learned about Greengrass’s directing is that it does not live on cutting alone, quite the opposite: it lives on the thread. With all the crazy fast cutting he «doesn’t do random». Every cut is perfected to the maximum so that we never lose the thread. We always can follow where the blow goes, where the next weapon is, where the movement happens. So the thread is the crucial part, not the cuts.

I try to do the same thing when I write action sequences: I strive to follow a single thread, guiding the reader’s attention like I was in a movie, so that the reader is never more confused than absolutely necessary. The more controlled the gaps are, the better the sequence. I’ll write more about this at a later date, I promise.

All this made me wonder about the evolution of society around speed and number of inputs. Some time ago I frequently observed and argued that the speed of inputs in our society was getting higher and higher. Lightning speed commercials followed breathtaking videogames and movies and television and the stress in everyday life and 24-hour news and ever more frequent sports events, etc. What I was arguing was that we were educating our kids to a probably dangerous kind of thinking: instant gratification, multitasking, high-speed decisions, crisis mentality. This was good to deal with a crisis, but it left behind other important skills like: strategic and abstract thinking, planning, long-term resilience. Today, I can see millennials comply with my predictions. Millennials seem fickle, capricious, easily bored or discouraged, without aim.

That figures: in the 1920’s a Russian economist called Kondratieff said that economic trends came in 60-year cycles. We just had a big K-curve crisis in 2008. As he predicted, these ones take about 6 years to clear out. In the end of the cycle, when crisis is about to strike, people seem to have a particular type of thinking: short-term (as the long-term is uncertain), indebted (because of the economic imbalances), insecure (because of cost-cutting and firing), multitasking (because there are less workers for the same work), anxious. So it figures millennials would fit right in. However, we’re turning the page to the long Spring and Summer of the K-curve, with long-term prosperity, which means strategic long-term thinking will be important. Should we worry about the younger generations? Maybe not. Maybe millennials are also just trying to find the thread. Or maybe even seeing a larger thread.

I’ve always wondered why fickle millennials would be able to follow slow narratives as THE GAME OF THRONES (or read George R.R. Martin’s books), or WESTWORLD, or THE HANDMAID’S TALE. Or even read those lengthy HARRY POTTER books. Or why they like sequels. This is not compatible with easily bored types, I think. But maybe millennials are not bored because they have no patience but because they sometimes lose the thread. Because the random cuts disconnect them from what they value and they are connected to something else. I’m actually not sure about this and I usually write about stuff when I am a bit more certain about them. But all this made me think. How can we connect to one another? What’s our thread? What makes us whole?

The divisions we see in society, that mimic so closely the 1940’s, show us to be disconnected and at odds with each other in the most incredible basic notions. Truth seems to have lost its way. But what if we are simply missing the thread? What if this confusion hides a deeper truth in itself? A thread we cannot see yet? Well… I’ll keep at it. Tell me what you think.