A long time ago, here in Portugal, the French bookshop chain FNAC opened its first stores and that’s when I came in touch with manga comics for the first time. They appeared on the shelves in French, so you might say that my original manga experience was in French. And one of my first loves in this experience was the story of a little cyborg called Gally, in a series called GUNNM by Yukito Kishiro. This series is known in the anglo-saxon world as BATTLE ANGEL ALITA, and will soon be brought to the screen by producer James Cameron and director Robert Rodriguez. 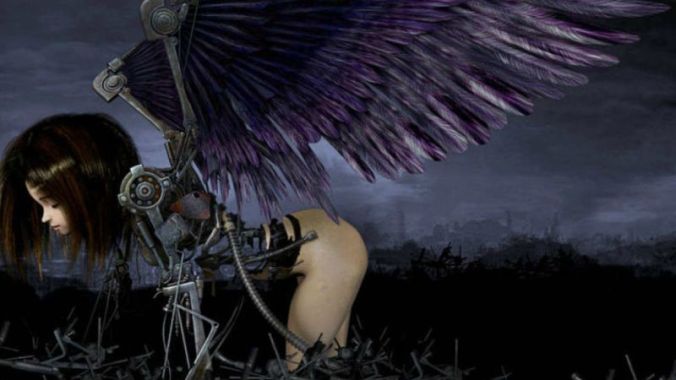 Alita is a small feminine cyborg of immense power and skill, that comes to life in a dystopian world divided in two: the slump-like world of Earth vs. the luxurious space-stations in orbit. On Earth, practically everyone is a cyborg, brains with mostly mechanic bodies. I will not tell you the surprising and satisfying ending to the saga, but (as usual) I rather talk to you about what’s behind these dystopian worlds we see more and more in our fictional universes.

Technological Singularity, that Von Neumann expression referring to the point where technology overcomes humans, is approaching rapidly.  It’s not just in movies like ALITA, the MATRIX, A.I., Westworld, and many more: it’s actually almost here. For real. Every day I see videos in my Facebook feed showing me the latest human-looking robot, or driveless cars or drones, or news articles on Big Data developments or chatbots and Artificial Intelligence. So, scary or not, here it is.

It’s not the first time that the rise of machines threatens Humans.  Centuries ago, almost all in the Human Race farmed the land or lived of the land. There were other professions, as warriors or smiths or priests or traders, but these were minorities. Agriculture reigned. Until the machines arrived and made everything both easier and more difficult. From the 18th century on, society was convulsed with technological revolutions one after the other that changed life as known until then. First, the steam-machines in farming and ships and elsewhere, then the railroads, then electricity, then the combustion engine, then other things including flying and computing. These led to many disturbances, including our worst wars, and massacres beyond imagination. But they also brought the (almost) end of slavery, the explosion of education, the development of modern medicine, the tourist and travel revolution, television and movies, the Space frontier, etc.

While these transformations were taking place, the role of Man in the Universe was changing dramatically. If we were no longer needed to farm the land, what should we do? We went into industry. In the beginning of the 18th century, most things owned by people, like tables, pens, swords, plates, hats, were made by one or a few people. Nowadays, after the revolutions, we look around and mostly all we own implies the work of thousands. Our tables, pens, knifes, hats, cars, computers, were made by designers that designed them; miners that got the materials off the Earth; professionals that made the paint, the plastic, the pieces, the assembling; maintenance workers that oiled the machines that made them; salespeople that sold each of these components; marketing people that made the adds where we saw these products for the first time; drivers that got the products to the shops; shopkeepers and managers; etc, etc, etc.

At the same time, documents as the US Constitution, and many other constitutions, were hailing that ‘All men are created equal’, that we have the freedom to speak and to intervene in public life. And even women could be as valuable as men and even vote, God help us!

That’s why we now perceive the Industrial Revolution as a positive step in Human Evolution. For many, when it was happening, it seemed like the end of the world. So maybe the Singularity could also be an opportunity. It could mean we have to work fewer hours and could dedicate ourselves to creative jobs or others we can’t even imagine at this point. 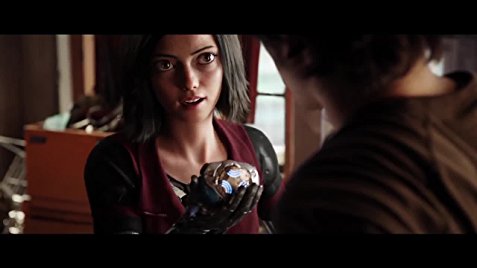 But it’s not a stretch to imagine a world like Alita’s. Desperate and unjust. We already have a world divided between the rich and powerful vs. a mass of powerless living in sometimes appalling conditions. Two worlds separated by what seems an insurmountable distance. It’s possible, I don’t know how, that the Singularity could bring us the opportunity to face these injustices once more. To challenge again the inequality that still plagues us, and to launch another call-it-what-you-may Revolution.

I will not tell you how Alita’s saga ends. I don’t even know if the movie will be faithful to the books. But I assume there’s hope, my friends, there’s hope. The movie is scheduled to come out in mid-2018. I’ll be anxiously waiting.

One thought on “‘Alita, Battle Angel’ and the End of the World as We Know It”